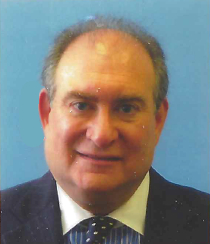 Last night we held our annual membership meeting. I would like to congratulate the newly elected board. Re-Elected to one year terms each were Hon. Gayle Everitt as Vice President, Hon. Anne Murphy as Treasurer. Hon. Rebecca Schwartz was elected Secretary. Hon. Sallie A. Farrow, Hon. Raymond Kramer, and Hon. Robin Stroup were each re-elected to two year terms as Executive Committee Members at Large. Hon. Melissa Davis was elected to a one year term as an Executive Committee Member at Large to fill the unexpired term of Judge Schwartz, who as mentioned above, is now our Secretary.

Congratulations are also in order for Hon. Peter Loomis for his election as President-Elect to NAALJ. Peter has been a member of NYSALJA for many years. His service on our board culminating as our president from 2000-2001– his past contributions to NYSALJA are numerous.

A big thank you to Hon. Christopher Stephens, his work as Secretary this past year has been valuable to us and we hope he will continue to be an active member of NYSALJA.

Welcome to our many new members, three of whom turned up last night for our pre-meeting meet-and-greet where we spent time getting to know Hon. Emily Georgiades, previously an ALJ with the NYC Parking Violations Bureau and now in her own private law practice, Hon. Ezinne Abengowe and Hon. Shanet Viruet who both also attended the annual and regular meetings. We’re delighted you could join us!

On behalf of NYSALJA, I want to extend my and our board’s best wishes to Hon. Deborah Richards. After a long career at the Office of the State Comptroller, Judge Richards has decided to retire. She’ll be traveling and when back home, working with causes for which she is passionate. Deb joined us in 2008, and in 2010 began serving on the Executive Committee as a Member at Large. In 2012 she was elected Vice President and served for two one-year terms, from 2012 to 2014. She retired from our board at the end of her final term. Deb made numerous contributions to NYSALJA, including her involvement in our presentation to a delegation from China’s Supreme People’s Procuratorate at NYU’s Law School in 2012. She also is responsible for securing our latest office space at the SUNY Albany Downtown Campus for our quarterly joint Albany-NYC meetings. All the best in your future travels and endeavors.

This coming term will be an exciting one. We’re working on hosting the 2017 NAALJ annual conference and to that end, we’ve formed an exploratory committee. The members of the committee are Hon. Ezinne Abengowe, Hon. Catherine Bennett, Hon. Ruth Kraft, Hon. Ray Kramer, Hon. Peter Loomis, Hon. Edward Mevec, Hon. Neil Tolciss, Hon. Shanet Viruet, and Hon. Eric Zaidins. If you would like to get involved, we’d love to hear from you, too.

In addition to working on hosting the conference two years from now, we’re also working hard in assisting you with fulfilling your MCLE requirements. We can offer you free access to PLI’s offerings, access to presentations at the Administrative Judicial Institute at OATH in lower Manhattan (always free to all ALJs and HOs)– they’re often simulcast to a location in Albany, and access to own own professional development material.

I look forward to working with each and every one of you. All the best in the year to come.